The cashew tree (Anacardium occidentale) is a tropical evergreen tree that produces the cashew seed and the cashew apple.

It can grow as high as 14 m (46 ft), but the dwarf cashew, growing up to 6 metres (20 ft), has proved more profitable, with earlier maturity and higher yields.

The cashew seed, often simply called a cashew, is widely consumed. It is eaten on its own, used in recipes, or processed into cashew cheese or cashew butter. The cashew apple is a light reddish to yellow fruit, whose pulp can be processed into a sweet, astringent fruit drink or distilled into liquor.

The shell of the cashew seed yields derivatives that can be used in many applications from lubricants to paints.

Cashew Color Sorter is for choosing the better Cashew , and remove the bad material. Metak belt type color sorter can choose the good material according to the color. 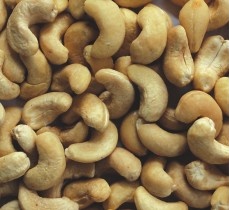 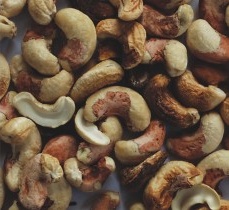