Limestone is a sedimentary rock composed largely of the minerals calcite and aragonite, which are different crystal forms of calcium carbonate (CaCO3). Most limestone is composed of skeletal fragments of marine organisms such as coral, forams and molluscs.

About 10% of sedimentary rocks are limestones. The solubility of limestone in water and weak acid solutions leads to karst landscapes, in which water erodes the limestone over thousands to millions of years. Most cave systems are through limestone bedrock.

Limestone has numerous uses: as a building material, as aggregate for the base of roads, as white pigment or filler in products such as toothpaste or paints, as a chemical feedstock for the production of lime, or as a popular decorative addition to rock gardens.

The first geologist to distinguish limestone from dolomite was Belsazar Hacquet in 1778.

Limestone Color Sorter is for choosing the better limestone , and remove the bad material. Metak belt type color sorter can choose the good material according to the color. 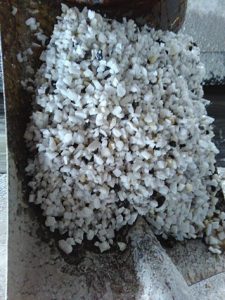 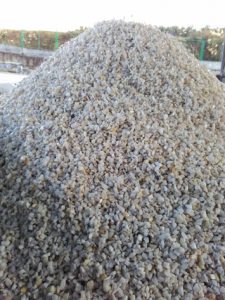 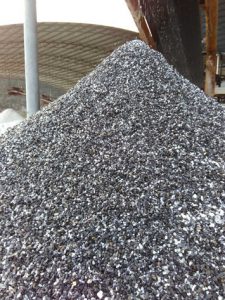